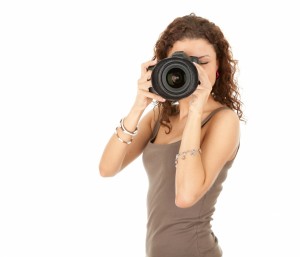 Sometimes sewer cleaning goes perfectly smooth…you need rooter service, we send down the sewer snake, it chops up everything, you sigh with relief that your drains work again, and we head off to fight clogs in another neighborhood.

But sometimes there are bigger problems…clogs that just don’t want to go away or pipes that have had a major break. Of course, you can’t be sure which one it is, and you don’t want to go digging up your front lawn every time there’s a mystery blockage.

That’s where the sewer camera comes in. The sewer camera was developed so that we can figure out exactly what’s going on in your lateral pipe (it works much better than a mirror and a flashlight!). So what makes a sewer camera so special, and how is it different from a GoPro strapped to a rat’s back?

The Camera: We’re not sending just any camera down the drain. These cameras have sapphire lenses that are scratch-resistant in case they bump into anything hard. Of course it’s waterproof, and the really cool thing is that it’s self-leveling so that the images doesn’t twist and turn when it’s in your pipes.

We want to see as much as possible, as it’s important that we don’t miss anything. That’s why the sewer scope has an array of high-intensity lights surrounding the lens that light up anything the camera is pointed at. It’s a small space, so the camera lens is wide angle so that we can see from edge to edge.

The Control Box: The control box contains the controls for the lights and camera, as well as a video screen. It also houses the DVD recorder, and it’s important for the footage to be recorded so that it can be inspected later in case you want a second opinion. It also makes it much easier for you to view the footage without everyone having to be crowded around the control box as the inspection is happening!

The Cable: Unlike typical rooter service, the cable that that lens is attached to doesn’t have to punch through tree roots and clogs. The cable is often hand-fed into your line so that the process and final video footage is as smooth as possible.

The Technician: Perhaps the most important part of the sewer scope is the person who is performing the inspection. While it’s great that the camera allows us to see at such a wide angle, this image is distorted and can make small problems look huge. It’s important to have a sewer expert who can properly interpret the image that appears on screen so that no one overreacts and starts digging up the yard prematurely.

Sewer scopes are great because they can locate not only what the problem is but also the exact location of a problem. If you’re having repeated sewer problems, contact Garvin’s Sewer Service and we’ll send down the sewer camera to find out exactly what’s going wrong.

Average Joe ways to be a little greener, like not using chemical drain cleaning

What Are The Signs Of  A Broken Sewer Line And How Can A Sewer Service Help?

Why So Many Drain Cleaning Calls On Monday?

What Else Are People Saying About Our Sewer and Drain Cleaning Service?

How does plumbing work, and when do I need sewer service?

Just call 303-571-5114 or fill out the form below.
Roots In The Sewer Line? It’s Just The Beginning of Your Problem How To Talk To Your Sewer Drain Cleaning Expert
Garvin's Sewer Service Covid-19 ResponseRead more here
Scroll to top