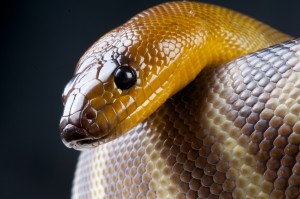 Sewer Snake: Coming soon to a toy store near you!

In a recent blog we made reference to the Teenage Mutant Ninja Turtles, who live in the New York sewers and fight crime in their Turtlemobile. And it got us thinking…how on earth did they never face an enemy named Sewer Snake?! That episode would write itself! And as Denver’s premier sewer service, we started thinking some more: we can believe the part about mutated turtles the size of men. We can believe that they would be smart enough to retrofit their van into a vehicle with means of dispatching hordes of bad ninjas. But living in the sewer? Sorry, but that just doesn’t work.

Why? Because sewers are terrible, terrible places. That’s why we get paid to deal with them instead of doing it as a hobby; it’s a disgusting job that very few people want to do. So what are the limitations to our friends the TMNT living in the sewers?

Sewer Gas –  Human waste releases a large amount of methane as it decomposes. This poses two problems for our turtle pals. First of all, you can’t breath methane, and if it displaces all of the oxygen it will asphyxiate you. Turtles can hold their breath for a long time, but they can’t live indefinitely without oxygen.

Second, the Turtles are always building something in the sewer, often using welding equipment (how do you think Donatello tricked out the Turtlemobile, anyway?) At the very least, the methane will catch fire, which is bad enough until you realize that burned methane causes carbon monoxide, another deadly asphyxiant. At worst methane can explode if there’s a high enough methane-oxygen combination.

Pathogens – Most animals are averse to the smell of feces because it’s a concentrated harborer of pathogens, and it’s important to get away from it. Bodies get rid of it because it was something it didn’t need or something that would actively harm our body. Modern sanitation has saved hundreds of millions of lives by getting our waste far away from us quickly.

Now, forget that the Turtles would have to deal with the constant smell that’s in a sewer; maybe their mutated noses simply don’t mind. But (most) animals don’t just avoid their own waste, they also avoid the waste of other animals. Many parasites don’t care what animal they’re in, and some bacteria and viruses cross not only species but also class (think avian flu, which can infect birds and humans). Heck, even box turtles that people keep at home transmit salmonella.

The Turtles would have a hard…nay, impossible time staying healthy if they lived in the sewer. Even Sewer Snake would be at risk!

They’d Lose Friends – Here’s something that most people don’t think about…in order for you to smell something, a particle of it has fly into your nose and latch onto one of your olfactory receptors. So when you’re in a sewer, you’re walking through those particles constantly, and it’s going to get into your clothes. And when you go to the surface you’re going to be taking that smell up with you. The Turtles would smell terrible when they reached the surface, and not even April O’Neil would want to hang out with them.

Their Shells – Their shells are just too big to fit through standard manhole covers. Just sayin’.

BUT…! – Despite what the shows and the comics and the movies say, maybe they don’t actually live in the sewer! Maybe instead they live in the storm drain, sometimes called storm sewers. Since storm drains don’t contain blackwater like a traditional sewer system, the TMNT could avoid the dangers mentioned above. Living in a storm drain, the only thing they have to worry about would be a flood, which could be avoided if they had the proper barriers in place. And even if they got trapped, they could probably hold their breath until the waters receded (the Turtlemobile would get soaked, though).

So there you have it: four reasons the Teenage Mutant Ninja Turtles couldn’t live in the sewer, and one reason why they might actually be living in the storm drains. And Hollywood, if you need any more information on Sewer Snake, give us a call…

Do I Need a Sewer Camera Inspection After a Cleaning?

Roots In The Sewer Line? It’s Just The Beginning of Your Problem

Are you ready for a winter sewer service emergency?

Let us know how we can help by filling out the form below. Need a quote right away? Give us a call 303-571-5114!
The Sewer Drain Cleaning That You’re Responsible For Famous Sewers From Hollywood
Garvin's Sewer Service Covid-19 ResponseRead more here
Scroll to top