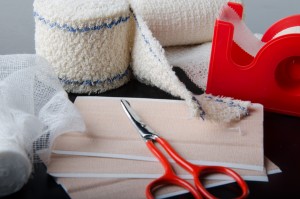 It never seems to end, does it, the long list of stuff you shouldn’t be sending down your toilet. But in some ways, it makes sense. Toilets are there for taking a few select “items” away from your home. It’s not a magic trash can into which you can put anything and it will disappear.

We never have to tell people “keep your chainsaws out of the toilet” or “be sure to never flush your window blinds.” But some things just keep getting found in there when we do sewer drain cleaning that it bears repeating again and again that you really shouldn’t flush.

Cotton Products: What, are people just sick of their cotton t-shirts and want to get rid of them as quickly as possible? Well, no, that’s not usually the cotton we’re talking about. We mean more along the line of cotton balls (very common in bathrooms because of makeup removal) and cotton swabs. Cotton doesn’t break down in your pipes (which should be obvious if you’ve ever worn it as clothing) and it easily gets snared by any clogs or tree roots that might be in your sewer drain pipes.

Underwear: What was that we said about cotton products? This happens much more often than anyone is willing to admit. Something embarrassing happens to the underwear and someone tries to flush it. Or someone is changing clothes, their underwear falls into the toilet, and they just don’t have the stomach to fish them out. Whatever happens, please don’t flush it.

Dental Floss: Why not? After all, it’s just a little string that heads straight down the toilet with every flush. Well, much like the cotton products, floss is specifically designed to not break, and if it gets caught in your pipes on the way out to the municipal system it’s just going to weave its way into the tree roots and create worse clogs. That’s when you’ll need rooter service.

Condoms: Growing up, most of us heard that you shouldn’t flush condoms, because most toilets don’t flush in a way that takes them down, and then it just sits there. That’s not the only reason; these things are specifically designed with elasticity and strength in mind, and they’re one of the easier things to get caught in a forming clogs deep in the sewer lines.

Band-Aids: We get it, you want to get that gross thing out of your house as quickly as possible. But they’re just like cotton products and dental floss…they don’t dissolve and they easily get attached to grease and preexisting clogs. Is it really worth risking the need for sewer cleaning just to say goodbye to your band-aid that much that sooner?

Kitty Litter: Here’s one of those things that might be labeled flushable, but trust us, it’s just a ploy to sell you less litter for more money, and it’s going to cost you even more when you need sewer drain cleaning when it clogs up your pipes.

Remember, just because it flushes doesn’t mean it’s gone forever. In fact, it could be the straw that breaks the camel’s sewer lines (that’s the ways the old adage goes, right?) Avoid flushing all of those items and you shouldn’t need sewer cleaning any time soon. But when you do, call Garvin’s!

No Paper Towels! Why They’ll Lead You To Sewer Cleaning Faster Than You Think

You Can’t Learn Everything From About Drain Cleaning From The Clog Blog, So Like Us On Facebook!

If You Manage Hotels and Motels In Denver, Drain Cleaning Should Be A Top Priority

Why do I need a sewer scope?

Our Declaration for Sewer and drain cleaning service

How Rooter Service Heals Your Home

Unless you want to call us for sewer cleaning, post this For Your Guests this Holiday Season

Just call 303-571-5114 or fill out the form below.
Merry Christmas! Watch Out For These Things That Can Go Wrong With Your Sewer... Have A Furry Friend? Here’s How To Take Care Of Them While Avoiding Drain...
Garvin's Sewer Service Covid-19 ResponseRead more here
Scroll to top