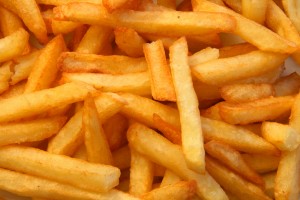 Here at Garvin’s, we’ll admit it…we’re not really interested in your household grease. While we have every interest in moving it on its way so that you never see it again, we don’t really want to keep it.

Who would, anyway? Well, actually, there are quite a few people out there who are interested in grease, and are happy to take cooking oil and grease off the hands of a local fast food place. Why?

Rendering: You’ve probably heard of rendering, which is the process of taking animal byproducts (mostly fat) and turning them into something useful again. While most rendering is done directly from slaughtered animals, the grease that restaurants produce is another sizable source.

Car Fuel: Believe it or not, cars can run on cooking oil and grease. If you have a diesel engine, you can convert it for about $1,500 to one that runs on cooking oil, and if you ask enough restaurants you’ll probably be able to get it for free. While it’s not ideal in all situations (they’re much harder to run in the winter since the freezing temperature of oil is higher than diesel), they are a great way get rid of waste grease, and your carbon footprint is minimal. You’ll probably always be hungry, though, because your exhaust smells great!

Cooks: While you don’t want to use the grease that’s gone down your drain, you can certainly store grease from that bacon you cooked Saturday morning and use it to fry something later. Obviously this isn’t nearly as healthy as cooking with olive oil, but then again olives don’t taste like bacon!

Grease has lots of uses, but it’s a real pain when it goes down your drain. If you know that it’s one of your problems, give Garvin’s a call for expert drain and sewer cleaning. We’ll send the grease on its way!

Merry Christmas! Watch Out For These Things That Can Go Wrong With Your Sewer Drain During The Holidays
Hatcliff Testimonial for Garvin's Sewer Service
Happy Halloween! Do These Spooky Things In Your Toilet Require Drain Cleaning?
10 Weirdest Things That Required Professional Drain Cleaning
The Thanksgiving Stuff That leads to emergency sewer service
You Can’t Learn Everything From About Drain Cleaning From The Clog Blog, So Like Us On Facebook!
What Else Are People Saying About Our Sewer and Drain Cleaning Service?
Make Use of Grease and Cooking Oil and You Won’t Need Sewer Drain Cleaning Quite So Soon

Let us know how we can help by filling out the form below. Need a quote right away? Give us a call 303-571-5114!
Why You Should Get Drain Cleaning Performed When You Move Into A New House Or... 3 Cheap Things You Can Do To Prevent Frequent Drain Cleaning
Garvin's Sewer Service Covid-19 ResponseRead more here
Scroll to top