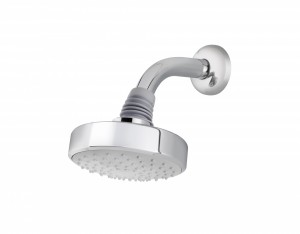 At Garvin’s Sewer Service, we know that most people give us a call when there’s something wrong with their drains. Either the sink is backed up or the toilet is overflowing or a clogged drain turns their shower into a bathtub. And we love helping people get out of these unfortunate situations and get their drains flowing faster than ever.

Today we’re suggesting that you give us a call for sewer and drain cleaning as soon as you move into your next house or apartment, even if nothing seems to be wrong. Why?

Shower: There’s probably no drain in the house that will explain our reasoning faster than the shower drain. Imagine you move in and two weeks later the water just isn’t draining out of your shower or tub as fast as it should. That’s odd, you think, because there’s no way your hair could have clogged the drain that quickly. You can probably guess what’s clogging the drain…the hair, dirt, and shower products from the previous occupants. And you’re standing in the water that won’t head down because of it. Yuck!

Bathroom sink: If you’ve ever lifted the stopper in a bathroom sink, it’s hard to not gag at the stuff that’s just a few inches from your toothbrush…collected hair, soap, and makeup, all degrading and turning into a black goop. It’s bad enough when you know that it came from the stuff you sent down there, but it’s much, much worse when you know that it’s the goop from a different person. Call us for drain cleaning and we’ll send it on its way.

Kitchen Sink: You’ve got no way of knowing if the previous owners or renters were good to their kitchen sink pipes or horrible. Were they the kind of people who never sent grease down the drain but didn’t worry about sending pineapple peels down the garbage disposal? Even if you treat the kitchen sink right from now on, the tiny amounts of stuff you send down could be caught by the stuff they sent down.

Sewer Cleaning: Even if every drain in your home is running well, there’s a chance that things are still being caught by the crimes of the previous occupants. Maybe they knew that their tree roots were catching whatever they flushed, but they never got around to rooter service. Start from scratch with a thorough sewer cleaning from Garvin’s and know that the previous tenants are gone for good!

Wouldn’t it be nice to know that you’re starting with clean drains? Give Garvin’s Sewer Service a call and we’ll make your drains and sewer line work as good as they ever have!

The Secret War Going On During Halloween: Put Pumpkin Guts Down Your Sink and Drain Cleaning Quickly Follows!
You’ve Got A Clogged Kitchen Sink... How Bad Can It Be?
How bacon grease down the drain can lead to you needing sewer cleaning
Stories from the Trade Show: Do You Even Need Sewer Replacement?
What Do People Do With Grease?
A Free Sewer Service That Could Save You Thousands Of Dollars: Sewer Camera Review
Why you should add drain and sewer cleaning to your spring home checklist
Toy in the Toilet might mean drain cleaning

Just call 303-571-5114 or fill out the form below.
The Tools Of Sewer Cleaners: Sewer Cameras, Rooters, Jetters, and More!: What Do People Do With Grease?
Garvin's Sewer Service Covid-19 ResponseRead more here
Scroll to top