We’ve mentioned it before and we’re certain to mention it again: we’ve been in the plumbing services and sewer cleaning business for more than 75 years. And as you can probably guess, a local company doesn’t stay in business for 75 years by ripping off their customers left and right. A company stays in business for that long because they’re respecting their customers and will charge them a fair price.

Then there are THOSE companies…

Of course, some plumbing companies aren’t so worried about their reputation. Someone just told us of a less reputable plumbing services company out there who recently took advantage of one of their customers. The customer called these plumbers because his garbage disposal went out. When they got there, sure enough, the garbage disposal didn’t work. So instead of fixing what was broken and charging them a fair hourly rate, or even selling him a reasonably-priced garbage disposal and installing it, they did something considerably less reputable: they sold him a $900 garbage disposal. If you’re familiar with garbage disposals, you probably know that they run from around $80 for a basic model to maybe $250 for a top-of-the-line unit. They sold him one that had many times more power than he needed, overcharged for the garbage disposal itself, and added in some extras charges because…well, just because the guy was well-off and gullible.

Wait, it gets better!

(Well, it gets worse.) The next week his toilet was clogged, and it had been clogging up fairly regularly. In a case like this, a plumber would usually perform drain service or sewer cleaning in order to clean out the lines and get the wastewater flowing again. Oh, but they didn’t do that, because they smelled money. Instead, they sold him a new toilet! Now as you might know, toilets can certainly have problems with their mechanical parts, but those parts aren’t preventing anything from going down the drain. The problem was with the pipes themselves, but they found a way to bilk this poor guy out of even more money. “Hey, he fell for the garbage disposal trick, let’s see what else we can get away with!”

Oh boy. We really wish this guy had called Garvin’s instead of falling prey to those other guys. Today that customer has a restaurant-level garbage disposal (did we mention that he’s disabled and orders all of his food in, so he’s not actually cleaning many dishes?) and a new toilet, but his toilet drain is still clogged and he’s out nearly $2000.

That brings us around to our topic of today (took us long enough, didn’t it?). We’d like to talk a little bit about pushiness in our industry. 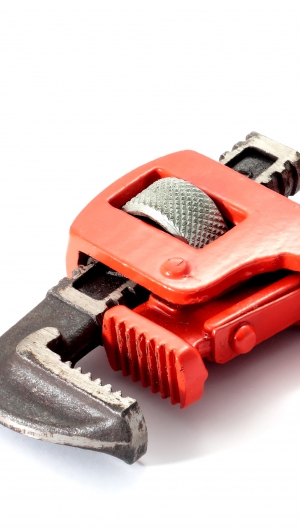 A Good Plumbing Services Technician Will Not Be Pushy

One of the best ways to tell if you’re being taken for a ride is if the plumber is being pushy. Are they trying to sell you a new sink along with your drain cleaning? Are they pushing a sewer camera inspection even after the sewer cleaning has taken place and the pipes are flowing?

At Garvin’s, we let our work speak for itself. We’ll tell you what you need, and won’t try to push you into buying anything more. We can even give you priority options if there are multiple problems going on with your plumbing.

We’ll Treat You Right During Emergencies

One of the worst situations you can find yourself in is when you have plumbing problems that are destroying your home. Maybe a pipe burst, maybe you have sewage backed up and spilling onto the carpet. The only way to make it worse is to call the wrong plumber who’s going to use it as an opportunity to nickle and dime you, using your time of desperation as his piggybank.

If you’re in the middle of an emergency situation, Garvin’s certainly isn’t going to try to take advantage of you. You’re our Front Range neighbors, and we want to help you fix your plumbing problems as quickly — and as fairly — as possible. That means stopping the water, containing it, and getting it out of your home as quickly as possible so that it damages your property as little as possible.

But How Do You Find A Good Plumber?

Well, we’re a bit biased, but we’ve heard of this great place called Garvin’s and you can contact them right here! There are other fair plumbers out there you can find, and the best way to find them is to ask for testimonials and references. A good plumber will also be bragging about awards they’ve received for their services.

You don’t stick around for 75+ years by treating your customers like the stuff you flush down the toilet. You stick around by treating people right. No matter what type of plumbing services you’re looking for, Garvin’s is here to help.

Flush the Idea of Flushing any of This

Let us know how we can help by filling out the form below. Need a quote right away? Give us a call 303-571-5114!
3 More Things To Watch Out For In Unscrupulous Plumbers Happy Holidays! Here’s What Can Go Wrong With Your Plumbing!
Garvin's Sewer Service Covid-19 ResponseRead more here
Scroll to top