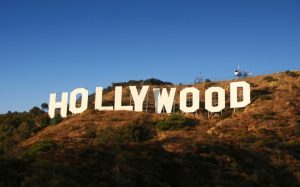 No, this isn’t a blog about plumbers who go to the movies. (Not to say that we don’t go to movies; we’re humans living in America, of course we go to movies.) This is a blog about plumbers who are in movies. It was inspired by a recent blog we wrote about the Mario brothers, those fictional characters made popular in more than 250 Nintendo games. As much as we wrote about them (over 500 words), we never got around to their biggest flop, the 1993 movie. It got us thinking about other movies out there containing plumbers and sewer cleaners

Brooklyn is a movie set in 1951 about a young Irish woman who moves to the United States when her prospects in Ireland dry up. When she gets to Brooklyn she meets a young Italian plumber (woo hoo!), Tony Fiorello, and they fall in love before events conspire to draw her back to Ireland.

Can you imagine what plumbing was like in 1951 New York? Sure, it’s crazy now, but think about what it would have been in the years after World War II, having to accommodate for thousands more people flooding into the city instead of heading back to the family farm.

Brooklyn was nominated for three of last year’s Academy Awards, including Best Picture, Best Actress, and Best Adapted Screenplay. The lead actress, Saoirse Ronan was also honored by the Golden Globes, BAFTA, Critics’ Choice, and SAG. Unfortunately, there’s no Oscar for “best plumber.” Still, if you’re looking for Denver’s best plumber of 2015, we’re pretty sure who you should call.

Wow, 2015 was a good year for movies with plumbers!

Jennifer Lawrence plays Joy Mangano, a real-life person and inventor of the Miracle Mop seen on QVC and Home Shopping Network. So, we’re off to a good start, because this is a story about getting water off the floor and down the drain, something that an emergency plumber knows well! But that’s not technically plumbing, so where does that come in? In the movie, Joy’s mom falls for a plumber named Toussaint, played by Jimmy Jean-Louis. Go plumbers!

We mentioned it up above, and now it’s time to talk about it. Video games have been big business since around 1975, but there wasn’t a movie made with video game characters until 1993’s Super Mario Bros. The movie had a fine pedigree of actors, including Bob Hoskins (Mario), John Leguizamo as (Luigi), and Dennis Hopper (King Koopa). Still, it was absolutely horrible and made back only half its budget.

Super Mario Bros. is about two New York City plumbers (natch) who are being driven out of business by the mafia, because…the mafia cares about plumbing? Anyway, they meet a woman named Daisy who’s digging for dinosaur bones at the Brooklyn Bridge (what is it about plumbers in Brooklyn that filmmakers love?) and the mafia is trying to destroy the bridge by leaving water pipes open, which allows the Mario brothers to heroically become the bridges emergency plumbing contractors. Oh, and did we mention that a meteor struck the Earth 65 million years ago and created a dimensional rift that split the world in dinosaur world and mammal world and that the dinosaurs of that world evolved into humanoids and want to take over our world and blau blau blau yep it’s a bad movie.

Remember, people, this movie came out the same year as Jurassic Park. Hard to believe.

So, three Hollywood movies where the plumbers are the heros, which we have absolutely no problem with. After all, if you have leaky pipes and you call an emergency plumber, they’re sure to be your hero too! 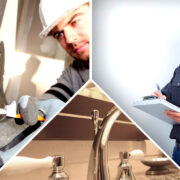 Why We’ll Never Push You Into Plumbing Services

Happy Holidays! Here’s What Can Go Wrong With Your Plumbing!

Let us know how we can help by filling out the form below. Need a quote right away? Give us a call 303-571-5114!
4 Most Common Reasons the Front Range is Calling Their Local Plumber Just Say No to Drano!
Garvin's Sewer Service Covid-19 ResponseRead more here
Scroll to top