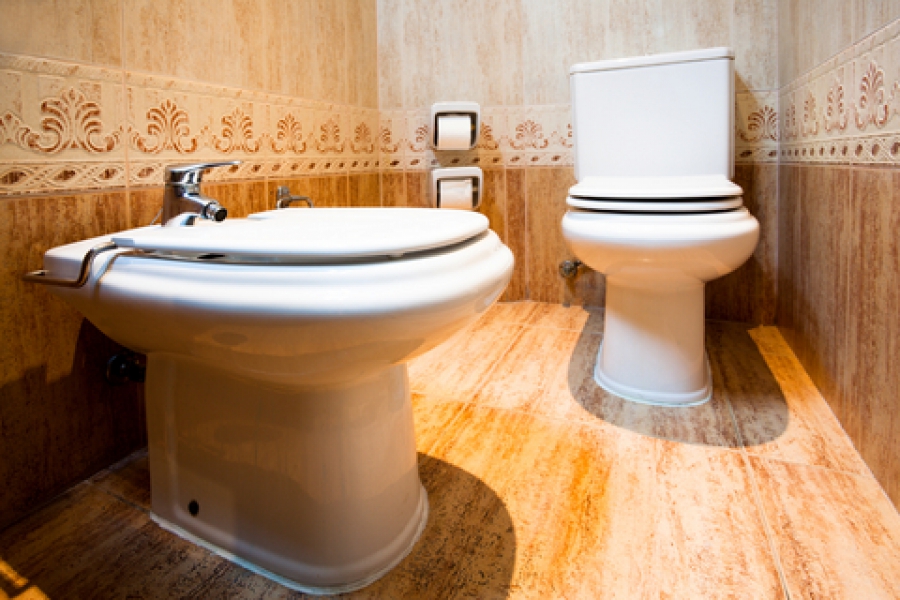 When it comes to sewer cleaning, the only thing we deal with more than roots is toilet paper. In fact, as we deal more and more with newer homes that have PVC sewer pipes, we’re seeing fewer root problems and more toilet paper problems, because people keep buying stronger and stronger toilet paper that just doesn’t disintegrate. So yeah, your local plumbers at Garvin’s Sewer Service think about toilet paper a lot.

In a recent post, we went over the orientation of the toilet seat: what determines if it should be up or down? Boy, did we hear about it! Apparently we’re not the only ones who have strong opinions on toilet seats. So let’s tackle one of the other most contentious aspects of bathroom etiquette. Does the toilet paper go over or under?

First of all, a question. Do people really care about this subject all that much? Of course they do! After all, the toilet is one of the few things that all Americans have to deal with on a daily basis, so it’s no surprise that there would be some contention when it comes to etiquette. In fact, there’s an entire Wikipedia page on the subject called Toilet Paper Orientation.

First, let’s take a look at a few reasons why people (and some plumbers) advocate for the over direction:

But not everyone agrees (including a few plumbers). Here are some arguments for the under orientation.

So who’s right? We’ll, here’s one last argument. We mentioned earlier that the toilet paper manufacturers tend to favor the over orientation. Well, so did the inventor! The original patent for toilet paper, which is more than 100 years old, seems to have answered the question before it was even asked. You can see pictures and read more about it right here.

What toilet paper orientation will Garvin’s professional plumbers see when they come to your home? Either way, we promise not to change it, even if that particular plumber has strong feelings on the matter! We’re there to take care of your pre-planned sewer cleaning and emergency plumbing needs, not correct you on toilet paper etiquette. Give us a call and we’ll leave your toilet paper alone!

Saving You Money On Your Water Bill With Proper Plumbing Services

Clean Your Drains Regularly Before They Drain You

Just call 303-571-5114 or fill out the form below.
What’s The Difference Between Hard Water and Soft Water? Your Local Plumber... What Does Your Local Plumber Know About Low Flow Toilets?
Garvin's Sewer Service Covid-19 ResponseRead more here
Scroll to top