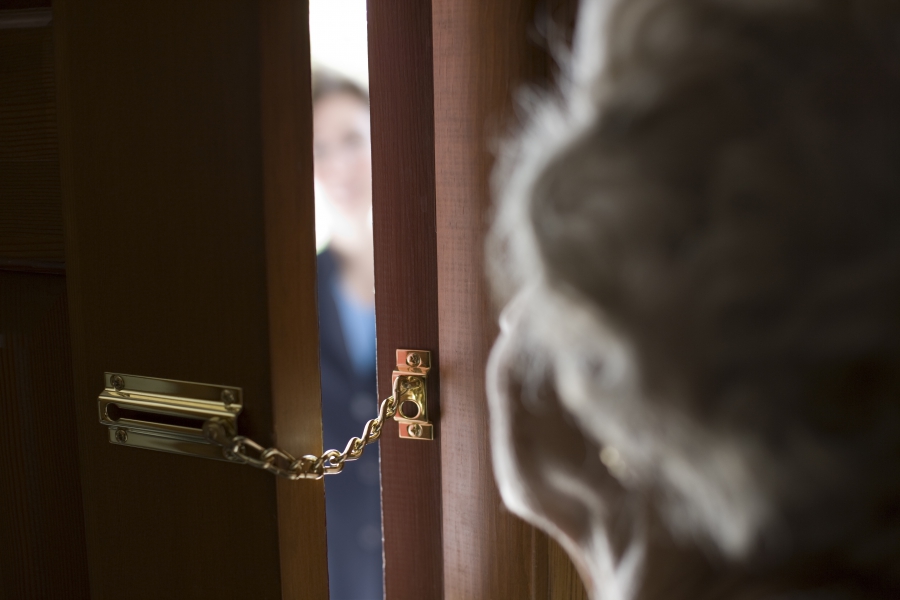 With over 80 years of sewer and plumbing service to the people of the Denver area, Garvin’s has built the reputation it deserves as the go-to plumbers along the Front Range.

Being in business so long, we’ve seen many plumbing companies come and go. Sometimes it’s because of poor management, but more often it’s because they simply didn’t have the skills or were downright unscrupulous. We’re not going to name names, but when you’re looking for a local plumber, it’s important that you ask a few questions and get some verification on them before you write them a check or even let them step one foot in the door.

Just Say No To Door-To-Door

While it happens more often with painters and roofers, there will probably be a time in your life where a salesman for a local plumbing company shows up on your door. They might tell you some story about having ordered too many water heaters and they’re in the neighborhood doing a water heater installation for you neighbor, and would you like one? If that’s the story, slam the door! (in the nicest way possible, of course). It’s more likely they’ll say that they have had complaints from your neighbors about clogged pipes, and that many of your neighbors have needed a complete sewer system replacement, so why not go ahead and have yours taken care of? The fact is, if you’re not having problems with your pipes, then there’s no need to have them dug up and replaced. And if you are having problems with clogs, replacement should be the absolute last step that is determined by a third-party sewer camera operator who can verify the underground problems you’re having.

When you think it through, which is going to be the better plumbing company: the one that you thoroughly researched and then called? Or the one that randomly showed up on your doorstep one day?

The internet today has made it easier than ever to check up on a business. You can read reviews, check their rankings on websites, and find out from the Better Business Bureau if they’re a company in good standing. Unfortunately, these

ratings systems can sometimes be manipulated. For instance, what are the chances that a company with 100 reviews would have a perfect five-out-of-five stars? Pretty slim. A 4.8 is much more believable.

Anyone can open up a storefront and claim to be a plumber. And they might start doing the work of a plumber. This is Illegal, of course. The problem is that it might take months or years for anyone to figure it out and legally shut the business down. That’s why it’s important to ensure that the company you’re calling has the proper certification, licenses, and insurance coverage so that you’re properly covered.

Garvin’s has been Denver’s local plumber and sewer service experts for more than seven decades, and we’re planning on being here for many more as your licensed plumbers. We’ve got the reputation you can count on, so when you’re in need give Garvin’s a call!

You Might Be Calling Your Local Plumber Sooner Than You Think
Some Common Questions We Get When Performing Drain Cleaning Services
What Does Your Local Plumber Know About Low Flow Toilets?
A Plumber’s Story: The History of the Toilet!
“Why Is My Toilet So Noisy?” Your Denver Plumber Has the Answers
Flush the Idea of Flushing any of This
What Is Limescale, And Does It Affect Plumbing?
Where the Front Range’s Water Comes From

Let us know how we can help by filling out the form below. Need a quote right away? Give us a call 303-571-5114!
3 Very Different Times Garvin's Can Be There For Your Plumbing Services... Toilet Seat Up Or Down? Your Local Plumber Answers The Universe’s Biggest...
Garvin's Sewer Service Covid-19 ResponseRead more here
Scroll to top