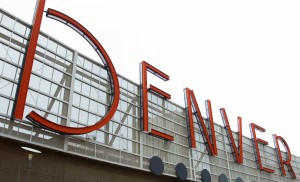 So if you own a business or are renting a building in Denver, there are many reasons why you might need rooter service before you know it.

Old Pipes: Old pipes can be made from many materials, and we wrote an entire blog about the various types of pipe that were used from the lateral line from your business in the public sewers. Old pipes are more likely to leak and break, which could lead to needing more frequent sewer cleaning. If you suspect you might have a break, give us a call and we can send down the sewer camera to find out if you’ll need a replacement or if you simply need more frequent sewer service.

Growing Trees: Let’s say that you’re not in an old part of Denver but are in a relatively new building that has newer sewer pipes. The problem them stems from the rapidly growing trees that have been planted in the last 10 years. Those trees, often planted in sidewalk spaces that are two small for them, are sending their roots down and heading for your sewer lines. Rooter service is the answer when you want to get those roots out.

Excess Use: If you have a restroom that’s open to the public, you’re more likely to be calling us for drain cleaning service. Why? Take a guess! Your toilets will be used more often, people will be using more toilet paper, people will let pieces of paper towels go down the drain, all because they simply aren’t as careful when they’re out in a public place. The fact is, when people are in a public restroom they know that they can just walk away from a problem so they’re much less likely to be careful about what they send down the drain. All this mean more frequent drain cleaning service for you.

If You Own A Restaurant: If you own a restaurant, it’s pretty obvious that you’re going to need more frequent drain cleaning services. That’s because grease is constantly heading down the drain, and grease traps don’t help until after it’s already past your drains. If you have a backup because of having too much grease in your drains, business is going to stop until it’s fixed. The best thing to do is engage Garvin’s Sewer Service for some preventive drain cleaning. We’ll be back at the same time every month (or every two months or however you decided to set it up) so there’s a much less chance of a surprise backup.

Previous Tenants: If you’ve just opened up your new business, congratulations. And while the visible fixtures they left behind might look good, you have no idea of knowing what they sent down the drain when they were in charge of the building. The best thing to do is to play it safe and have Garvin’s stop by to clean out the drains so that nothing they sent down ever comes back up.

There are so many things up against you when you have a business; don’t let your drains be one of the. Contact Garvin’s today for the best sewer drain cleaning you can find.

How Your Washing Machine Washing Can Lead To Premature Drain Cleaning

Getting To Know The Sewer Camera A Bit Better

Have A Furry Friend? Here’s How To Take Care Of Them While Avoiding Drain Cleaning Service

Hey Laundromats! How Long Until You Need Drain Cleaning Services?

Just call 303-571-5114 or fill out the form below.
Would You Like To Be A Plumber Or A Sewer Drain Cleaning Service Expert? Can You Do Without Plumbing and Sewer Cleaning?
Garvin's Sewer Service Covid-19 ResponseRead more here
Scroll to top